The first Climate Day was marked as part of the 11th Croatia Scout Camp, which gathered 2000 young scouts, 300 foreign guests, and a number of volunteers in Lovinac.
As the need for an active approach to resolving the issues of climate change adaptation is intensifying by the day, it is necessary to educate and inform the young. This was recognised by the organisers of this years’ Camp – the Scout Association of Croatia, the Civil Protection Directorate, and Municipality Lovinac.

On behalf of the Fund, Jelena Pleša from the Environmental Protection Department addressed the scouts, commending their efforts in reforestation. In this context she announced that in September the Fund would launch a public call for direct co-financing of climate change adaptation measures from national and local planning and strategic documents. “For urban reforestation projects in towns and municipalities, we have allocated 82.4 million kunas,” said Pleša, adding that those projects would improve the urban environment and allow the citizens to enjoy more green areas.

Another participant in the Climate Day was Dunja Mazzocco Drvar, the director of the Directorate for climate activities at the Ministry, who told the scouts about climate-related activities implemented at national and European level. She added that these changes were real and visible by those who spend time outdoors. It is important to encourage the citizens to spend more time in the nature because when people witness first-hand the changes in the ecosystem and the damage caused, they are more willing to be an active part of the change.

Environmental extremes we have been witnessing in the past years command our undivided attention of the climate and climate change and taking action in this regard. One of the ways to adapt is transition to a sustainable, resource-efficient and competitive economy, which the European Union elaborated in the Green Deal. The goals set out in this programme require significant investments, but as Dunja Mazzocco Drvar pointed out in the panel, it was still more cost-effective to invest in the transition and projects mitigating the negative climate impacts than to pay for the damage that was steadily increasing year-on-year.
By continuing public calls and calls for proposals and grant funding, the Fund will continue investment in the specific programmes and projects that comply with the green policies and sustainability principles. 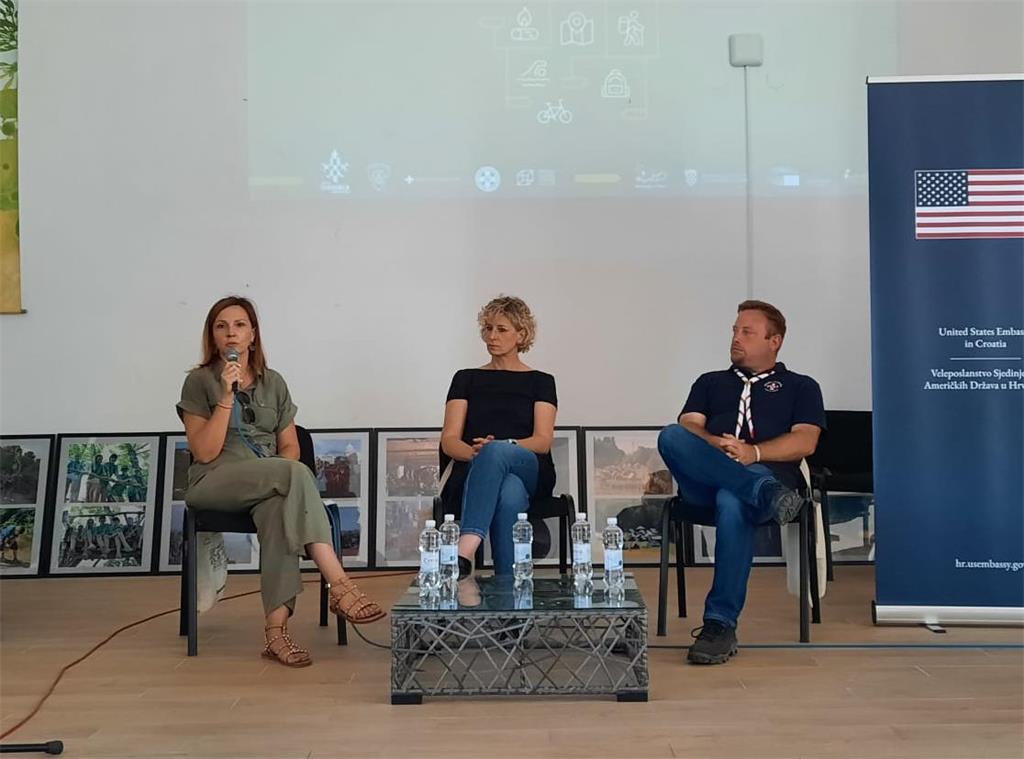