Civic amenity site (recycling yard) means a staffed and fenced area intended for the separate collection and temporary storage of smaller amounts of special types of waste.
It is treated as a waste management facility and as such has to be envisaged in the spatial plan, and it requires technical documentation in order to obtain the necessary permits pursuant to the Building Act and other relevant regulations.
The unit of local self-government complies with the obligation of separately collecting difficult wastes, waste paper, metal, glass, plastics, textiles and bulky municipal waste by ensuring, among other things, the operation of at least one or more recycling yards, or a bring bank in the areas of its local self-government units.
When selecting the location for the civic amenity site, the unit of local self-government shall ensure that the distribution of recycling yards, or the operation of a mobile unit, facilitate access to such yards, or to the unit, to the whole population in the area for which the recycling yards, i.e. the mobile units were installed.

Number of recycling yards/bring banks per the number of citizens

By way of derogation, the City of Zagreb shall make arrangements for the operation of at least one civic amenity site in each city district.


CONDITIONS TO BE FULFILLED BY THE CIVIC AMENITY SITE

In its operation the recycling yard, under Article 13, must meet the following conditions: The conditions stipulated in Article 5, paragraphs 1 and 2 are the following:
(1) general conditions are the conditions to be met by the facility or part of the facility where the operation of waste management is carried out (hereinafter: facility), and other conditions as follows: (2) If waste management includes hazardous waste management, apart from the condition under paragraph 1 of this Article, the following conditions also have to be met: Article 14 of the Ordinance defines the manner in which the civic amenity site has to be marked, stipulating that an information board has to be mounted in the prominent place on the main entrance to the recycling yard containing the following information:
BRING BANKS (MOBILE RECYCLING YARDS)
Bring bank – a mobile unit which is not facility or part of facility used for separate collection and storage of smaller quantities of special categories of waste.
The unit of local self-government with a population of 1,500 or less, which did not make provisions for the operation of a civic amenity site must make arrangements for the operation of a mobile unit in its area, which shall be considered a recycling yard for the purposes of this Act.
A bring bank – mobile unit has to comply with the following conditions: 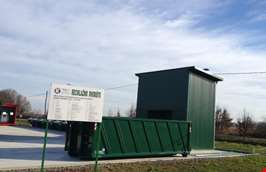 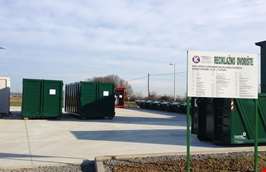 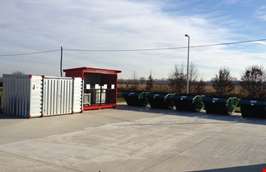